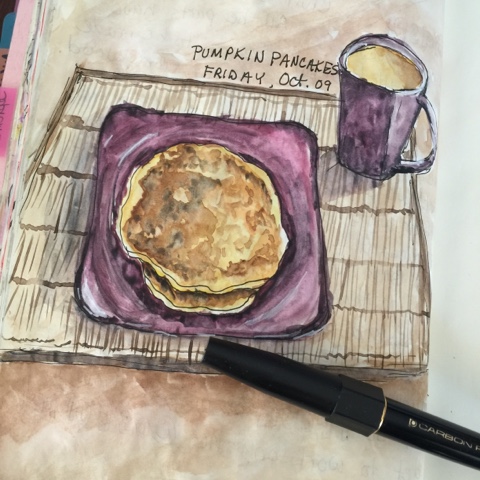 My family has been living a low-carb lifestyle since April. It hasn't been too difficult because I love meat and vegetables. And also because whenever I get a craving carbs, I try to find a low-carb version of that or just give in and have some. I think denying yourself makes you break your diet or worse yet, give it up all together.
Whenever I crave pasta, I try zucchini spirals or spaghetti squash. When I crave  a pizza, I try making crust out of cauliflower. And cauliflower again for rice. They aren't perfect but they usually do the trick. And when they don't, I just have the real thing.
This morning, I was craving pancakes... Not just any pancakes but pumpkin pancakes. So I went to my Low Carb Pinterest board for pancake recipes. There is one I've used several times and liked so that's what I chose. And just add a bit of pumpkin purée and pumpkin spice and voilà, I get pumpkin pancakes.
Unfortunately, my first attempt was disastrous. I tried to half the recipe and when the original called for 3 eggs, I used one. And I forgot to add the baking powder. The result was this. 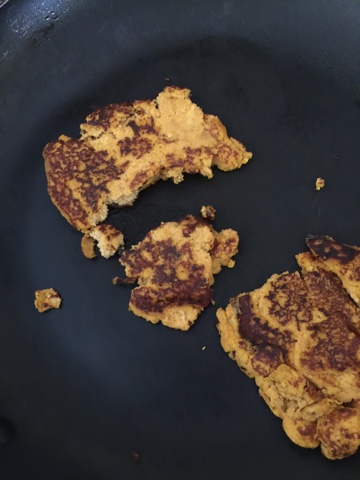 It wouldn't hold together and it just tasted like coconut flour. Not what I had in mind. I was tempted to get the Bisquick out but I tried the recipe again and used two eggs and remembered the baking powder. 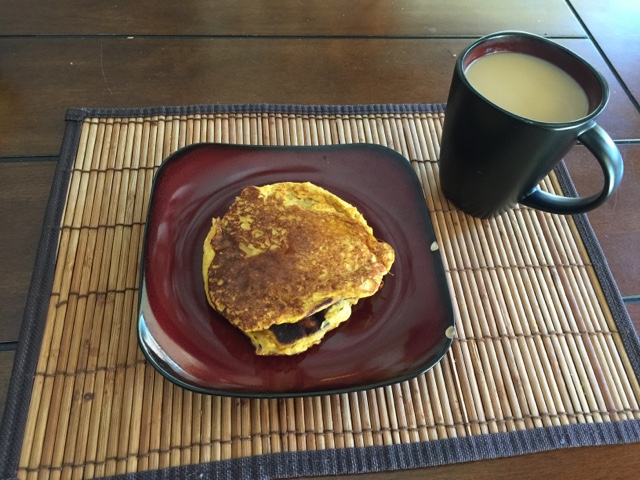 I added a just a touch of agave and I was satisfied. If you are interested in this recipe, you can find it here  I have lots of recipes pinned to my low carb board on Pinterest if you want other low carb recipes!
Posted by Kari at 11:55 AM