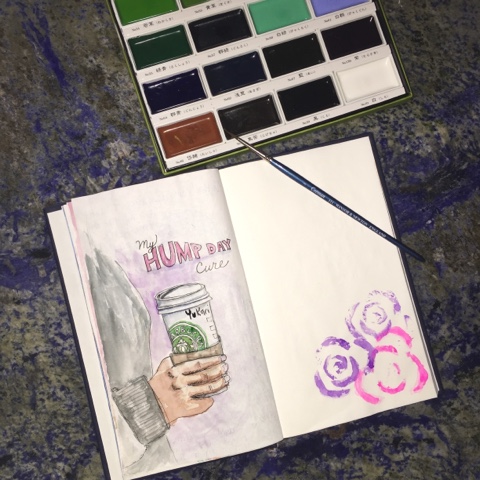 Hope you're having a great Wednesday! I'm a bit late getting my daily prompt done because I had quite a todo list this morning including getting my dog, Vince groomed. 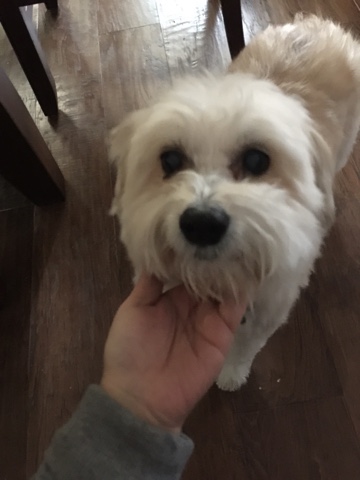 He is such a cutie. After all my errands, I stopped at my local Starbucks for a Skinny Vanilla Latte. I don't go there often as it is a very expensive habit to maintain.  But what is nice about this particular one is that the barista knows my name. I don't have to spell it for him nor do I have to make up a name like "Ann" so that I don't have to hold up the line while they figure out how to write it.
It was extra nice this morning because it's still raining here in Phoenix and it has been since Monday. Like the theme song says, sometimes you want to go where everyone knows your name.. I used Kuretake Tambi Gansai Watercolors today.