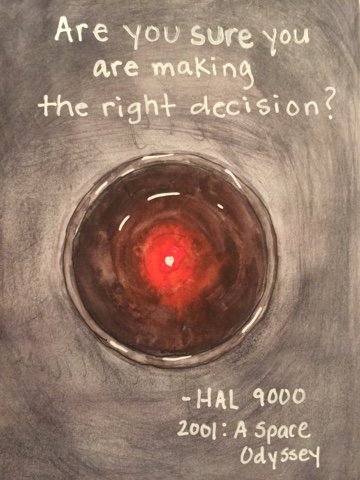 Stanley Kubrik's 2001: A Space Odyssey is one of my favorite science fiction movies. With minimal dialog, ambiguous themes and lack of special effects, this movie differs so much from the current record-setting Star Wars: The Force Awakens. But I love both.
It's been awhile since I've seen the movie so I won't talk about the film, but every time I've seen it, it was with a group of friends and I loved the discussions the movie generated about the relationship between humans and machines, artificial intelligence and the origins of the universe. Pretty nerdy stuff. But what can I say, I'm a nerdy gal and proud of it too. And that quote! Lol...
But I'm here to talk about the art. 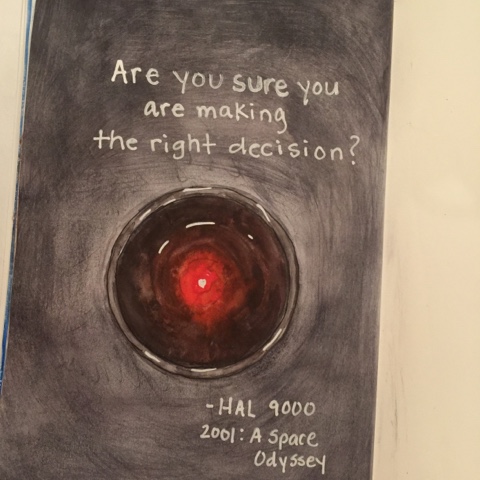 The background was done with Inktense block and applied with a baby wipe. I find that the baby wipe is the most effective way to get color to go on smoothly. The lens part was done using Daniel Smith watercolors and I used Pyrrol Scarlet and Phthalo Blue. You're thinking "what?" 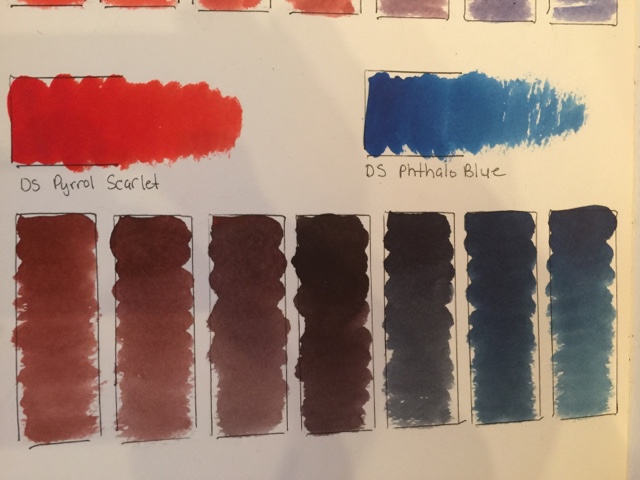 Since the center is orangish red, I wanted  the whole gradation to black to contain that same red. You see the color mixing chart I created comes in handy for something like this. I used varying amounts of Pyrrole Scarlet and Phthalo Blue to achieve the gradation. 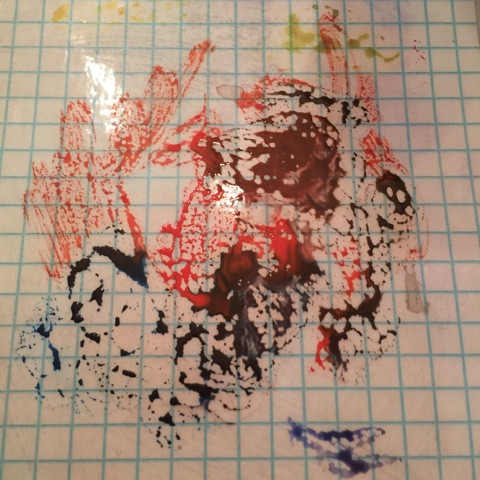 If you ever have extra time, I'd encourage you to create your own mixing chart because you may be surprised by the range of colors you can make with just two colors.
Posted by Kari at 7:06 AM