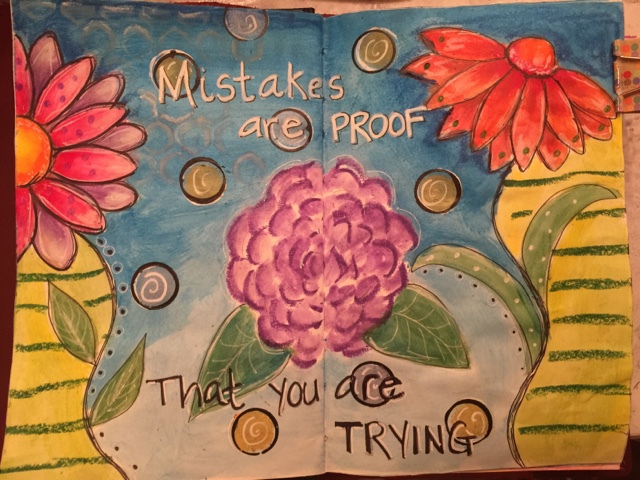 We've all heard the saying, "Practice makes perfect." Or, "Practice makes your good better and your better best." And for the most part, I find that to be true. The more time I spend on the piano better my Fantasy Impromptu. And my former gymnast daughter will tell you that in order to master a skill, you need hours of practice to develop muscle memory. So imagine my shock over the weekend when my second attempt at something resulted in less than satisfying result, not just once but three times!

As you may know, I'm working on several journals. The one that I work on everyday is my Fauxbonichi which serves as my planner and memory keeper. This past Friday, my Fauxbonichi page looked like this: 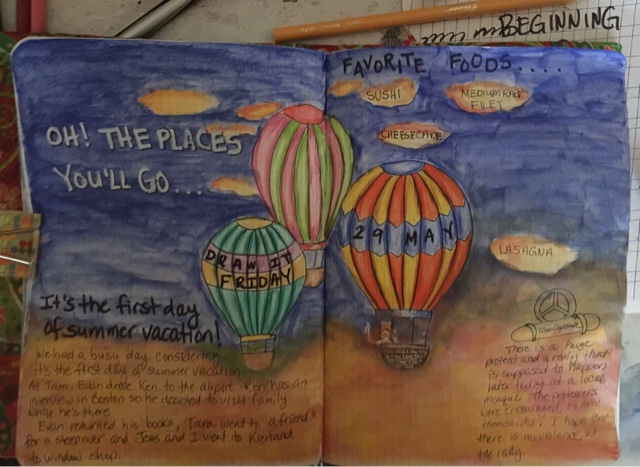 I loved the way it looked so I wanted to something similar in my art journal and I had a quote in mind for that. And this is how it turned out. 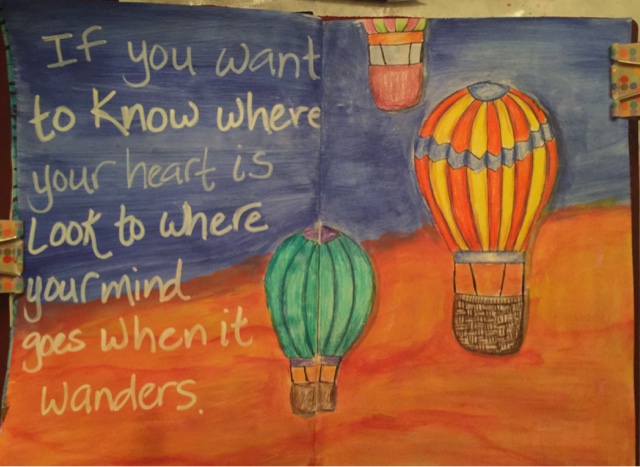 On Saturday, I had another artsy Fauxbonichi entry. 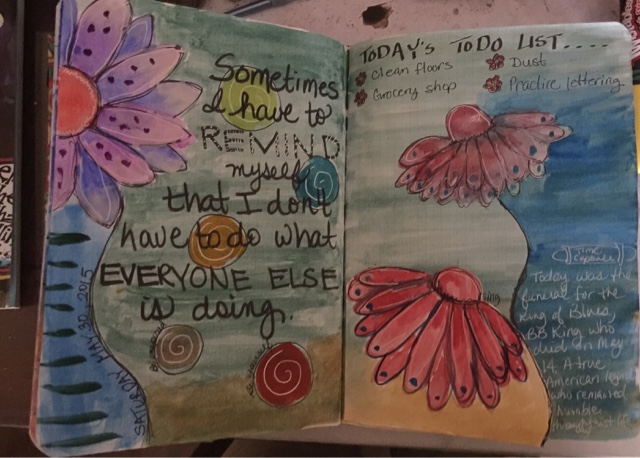 The flower on the bottom is actually a tip in which just means, you can turn that flower over and it would reveal hidden journaling. I do this when I have something private either about my feelings or it's about my kids. I really liked the way this turned out so I wanted once again to recreate it in my art journal. The first picture in this post is my recreation. Once again, I don't like my recreation as much as the original. It's lacking something, just couldn't pinpoint what it was.

And then on Sunday, I decided to make a soup I had made once before. The recipe is found here  I remember that kids and I loved it, it was flavorful, a bit spicy, a bit creamy (without using heavy cream). It is supposed to be cooked in a crockpot but I made it on the cooktop. I used the same recipe, made the same recipe adjustment, used all the same ingredients. But it wasn't the same. Had I added something else the first the I made it? 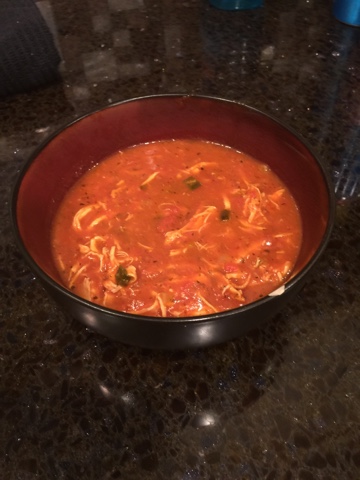 It was delicious. We ended up adding a bit of sour cream and shredded cheddar cheese to the soup and it was good. But it just wasn't the same.

By Sunday night, I was a bit frustrated. How is it that my second attempt would produce what I consider inferior, three times? Why couldn't I at least recreate the original? I think the answe lies in losing some spontaneity and creativity when I try to recreate something. Sometimes you get an inspiration and you put it on paper and it works. But that inspiration gets lost when you try to do it again, especially making minor adjustments. At least in my art examples, that was the case. Now about my soup...I must have added something else the first the I made this soup. I need to make a note somewhere when I alter a recipe.

So I think in my three example, I wasn't practicing a skill, I was trying to recreate an original and lost the inspiration somehow. So I should continue to play Fantasy Impromptu.

This week, I will be sharing more art pieces I've been working on along with some art graphics I did for an LGBT Young Adult author whose new book came out today. I hope you'll come back for that! Hope you have a terrific Monday!